what to do with olive juice featured blog image

What to Do With Leftover Kalamata Olive Juice? (9 Interesting Tips!)

Most people when reading the above question probably give the same answer of “throw it away”. However, when you consider that it is just salt, water, and vinegar, is that the best you can do with this delicious juice that now has a beautiful olive taste?

Olive juice, or brine, whatever you know it as could be the kitchen cupboard recipe enhancer that’s been right under your nose and you didn’t realise it.

So, next time you make your way through a jar of kalamata olives, before you tip that brine away, consider using it in the following intriguing ways to liven everyday recipes.

What can you do with Kalamata olive brine?

A more accurate question would be “what can’t you do with Kalamata olive brine”.

At least that’s what you’ll be saying once you’ve read and tried some of the suggestions we’ve highlighted below.

Here are 9 of our favourite uses for olive juice once you’ve finished our Kalamata olives:

Although we thought it would be a good idea to get the most obvious use of olive juice out of the way, we don’t recommend starting with this one, especially if you are fond of a drink or two.

Or you may end up working your way through the list and forgetting what everything else tasted like.

A Dirty Martini is essentially a classic martini, that sublime mix of vermouth and gin, but well, dirtied.

The dirty part comes from the aforementioned olive juice.

Add a splash of that to the martini and it will add a layer of flavour and give it a more intriguing colouring than the normal crystal clear. 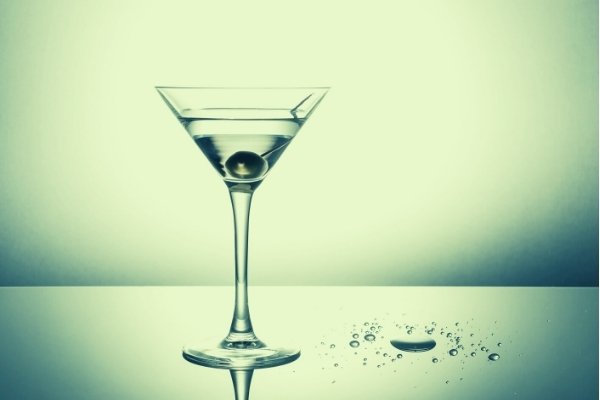 Another fairly obvious way to make use of leftover Kalamata olive juice is to add it to soups or sauces to give them a little more punch and character.

We would highly recommend you add it to sauces and soups that use Mediterranean flavours and ingredients, as it will work well with these and not ruin them.

Elevate Your Hummus to a New Level

Do you have some homemade or shop-bought hummus that’s not got a strong or intriguing enough flavour?

Add a splash of olive juice to your hummus and try not to feel like some olive juice alchemist when you realise you’ve got a match made in heaven on your hands.

Our Kalamata olive oil can also be used to turn your hummus into something special!

Who doesn’t love a Greek salad or Italian antipasto with some nice crusty bread or rolls?

We’re just going to assume that no one contested that practice and that you’re waiting for our next suggestion.

There are various recipes out there that outline how to add olive juice to homemade bread.

Up until now, we’ve focused on adding olive juice to a lot of accompaniments and side dishes, except pasta sauces and soups.

Are you planning on cooking a turkey any time soon and looking for a way to keep it moist and flavoursome, why not follow one of the many recipes for cooking turkey with olive brine?

Olive brine is known to keep Turkey, which is notoriously dry, tender and full of flavour.

Give Pork Chops a Taste of the Med

Another option is to season pork chops with leftover olive juice.

All you need to do is submerge the pork chops in enough olive juice to cover them.

Leave them in the refrigerator for between 2 and 3 hours to allow the brine to be absorbed by the meat.

Once they are ready to cook, take them out and follow normal instructions.

Impossibly juicy and moist chops with a strong and bold flavour. You’re welcome.

For many people, chard, broccoli, and kale are difficult to eat because they lack any real flavour.

You can change that when sautéing them up by adding some olive juice to the pan.

All those juices will be absorbed into the veggies, giving them a deliciously enhanced flavour. 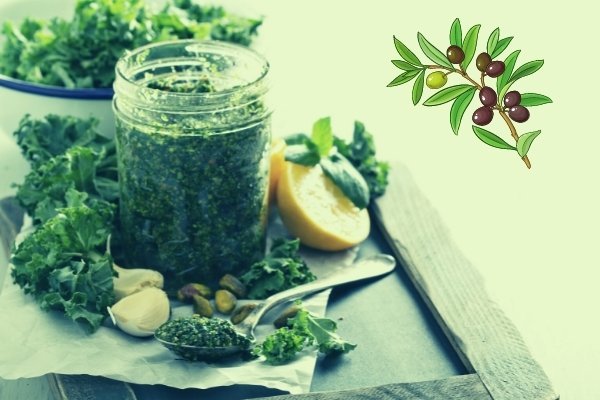 Add to Your Bloody Mary

Are you more of a Bloody Mary fan than a martini?

Olive juice is a great addition to the party of flavours that is this wonderful cocktail.

Don’t Want to Eat or Drink It? Use it as A Homemade Weed Killer

As olive juice contains vinegar, it is a great alternative to spending lots of money on branded and highly toxic weed killers.

Simply decant olive brine into a spray bottle and mist or gently pour over the plants you don’t wish to keep in your garden.

The acid in the vinegar (a fine weed killer in its own right) will get to work and you should see the effects very quickly.

Is Kalamata olive juice good for you?

When you consider the fact that Kalamata olives are a rich source of oleic acid, a kind of MUFA that reportedly has cancer-fighting properties and is good for improving heart health, as well as being high in Vitamins E and A, Copper, Calcium and Iron, it’s fair to say there is no harm in drinking the juice Kalamata Olives sit in.

Amazingly, there is even preliminary research about how olive juice may have an anti-anxiety effect and may improve depression!

If you are looking after your salt/sodium levels, then you should keep an eye on how much you consume since brine is salt water.

Is it bad to drink olive brine?

To answer this question, it’s worth thinking for a moment what olive brine, also known as olive juice, actually is.

It’s a mixture of water, vinegar, and salt.

After a while though, once the olives have been sitting in that brine, they develop a very strong and delicious olive flavour.

The long and short of it is no, it’s not bad to drink olive brine.

Unless you are drinking it in large quantities and are sensitive to sodium/salt.

Is olive juice the same as olive brine?

Yes, they are essentially the same thing.

Though, it could be argued that olive juice is what olive brine becomes after tasty olives have been left sitting in olive brine for a long time.

Final Thoughts on how to use leftover olive liquid

Hopefully, our tips have given you some fresh ideas and food for thought before throwing away your leftover olive juice.

Whether you want to use it for life hacks, an easy food dressing or marinade, an alternative to our award-winning Greek olive oil or anything else, we hope you find a great way to save and use it, instead of throwing it away.

Share Send to a friend
Read also
HOW TO DISPOSE OF OLIVE OIL (AND ARE THERE OTHER USES FOR OLD OIL?)
READ MORE
HOW MANY CALORIES IN A TEASPOON OF OLIVE OIL? (WHAT ABOUT KALAMATA OLIVE OIL AND EXTRA VIRGIN?)
READ MORE